We test Mizu and tap water from Kraków

Why did I give up buying water in plastic bottles four years ago? There are many reasons. However, the two ones are the most important - ecology and economy. Traveling was only the problem – how to take a tap with you? Today, all I need is a Mizu bottle. 4 years ago I painfully realized how much appetite to drink water costs myself and the environment. Lets calculate it quickly. I drink 2l of water a day (as it is the healthiest, as we have reported here). During the year, it is about 480 plastic bottles with a capacity of 1,5l. So 2-person household can use almost 1000 of them per year. 4-person family - even up to 2000.

These bottles usually go to landfills. Since we have an obligation to sort waste - many of them thrown into an appropriate bin has a chance to be recycled. But the problem arises when we throw away a bottle "in the city", into a bin with mixed garbage. Then our bottles will decompose from 100 up to 1000 years.

We should also rethink production and transport costs of bottled water. In a situation when more than half of the worlds population has problems with an access to drinking water – in the Western world, production of one litre of bottled water takes 2 litres of water! PET bottle factories also use large quantities of oil (we have written about it here). Then the bottles should be delivered to stores and that significantly increases their "carbon footprint". Usually, customers drive cars to buy water, which again can affect the degree of air pollution.

Lets focus on the economy, which is more appealing to many people than caring for the environment. As the world cluttered with garbage is not our problem. We will not live long enough to see the world with piles of garbage everywhere. 480 bottles of water, 1.5 litre each, cost almost 1000 PLN. Per year. A significant sum, if we consider that an average Pole earns, per month, only 2 times as much. If you count the cost of water for a family with 4 members- the sum comes up to 4000 PLN per year. If you are buying sweetened drinks instead of water - the cost increases even two times. If, you prefer the water in smaller bottles - the expenses will be even bigger.

Meanwhile, the tap water costs (in Kraków) about 1 gr per litre (I sum it with the cost of sewage treatment, because these fees are connected). This quite a simple calculation shows that the tap water for drinking, for one person, will cost slightly more than 7 PLN per year. Even if we add Mizu bottle with a cost about 80-90 PLN – still the water will not cost us more than 100 PLN in the first year. And as Mizu bottle can be used for a long time - in following years, we will only pay for water poured into Mizu. Because the only reason for going to shop and buying new Mizu, you will be the fact that you are bored with the old pattern on the bottle.

There is no doubt that in Kraków water is clean and drinkable. Mussels are taking care of its quality, because they are extremely sensitive even to the smallest impurities in the water. You can drink this water any time, without contributing to environmental degradation. It is got out "on the spot" and transported in pipes to our homes. Of course, I know that getting deep groundwater or even surface water, cleaning it and organizing its distribution system is not neutral to the environment. For years scientists have emphasized that tap water is much healthier for the planet than the bottled one. And thus - in the long term- it is also healthier for us.
I have been drinking tap water, called contemptuously by many people taps, for 4 years. Water in Kraków is tasty, because it is neutral. If I want a sweet drink - I add my own raspberry juice to the water. If I dream of turbo refreshment - I add mint leaves, a slice of lemon and cubes of ice to the water. And what about sparkling water – one could ask. Good point. There are people who don’t like sparking water. Sometimes I like refreshing bubbles. So I have bought a siphon. Its a nostalgic return to the days of my childhood. Naturally it is the tap water there in the siphon!

Recently I have had some doubts whether the tap water contains enough minerals, which are indispensable for the proper functioning of the body. After 4-year “experiment” with the tap water my test results are great. It is difficult to say, whether is it because of water, or generally a healthy lifestyle and a meatless diet, rich in vegetables, fruits and legumes. For me, in the last four years the biggest problem was to fix water during my trips. Starting from trips to the store, cinema, bike, beach or business trips and ending with those several days long- in the mountains, kayaking or business trips. With a heavy heart I was buying disposable bottles but I tried to pour there water from the hotel or office taps. Still, sooner or later, the PET bottle ended in a bin. Disposable bottles are not strong as I would want them to be. They can fold, deform, they cannot be washed properly.

In this, rather hopeless situation, I found a Japanese brand Mizu. To transport water, I have decided to use the basic bottle of the brand - a single layer bottle with a capacity of 0,8 litres. The first impression, from the shop - Mizu offer includes so many designs and colours, so its really hard to make a decision and select a specific item. Finally, I took two bottles with me to my home – one matt black like Batmobile and a classic one, made of steel.

The first few tests concern odour testing. The problem of plastic bottles is that the smell of the previous beverage is transferred to another one. I have experienced it after drinking water with ginger and cinnamon, I could sense it in the water for a long time after that when flavoured water had been consumed. Meanwhile Mizu does not keep odours. But it keeps cold quite well. So do not expect miracle in 30-degree heat, only refrigerator and air conditioning can stand such a hot weather. However, Mizu managed to store a cold drink for several hours, even at the highest temperatures.

Bottle has a comfortable neck, thanks to it, you can drink water even on rough roads. I checked it in a car, bus or a tram. Within a few weeks I had not pour out my tap water. Because it is the only one I pour into the Mizu ...

Well – it was not only the tap water that "landed" into Mizu. While kayaking the Brda river, I was pouring water from the river into the bottle. Of course, it required many skills to get water without sludge, duckweed or tiny fish. But practice makes perfect, so water from springs or rivers in my bottle was crystalline. And although the Brda river is exceptionally clean, scallops live there- for the safety reasons I added disinfectant tablet to the water.

Such tablets can be bought in almost every outdoor or military equipment store. They are small, lightweight, they are in waterproof container and they can disinfect the water effectively. The cost of such tablets is about 80-90 PLN per 100 pieces. But they are used only in extreme situations, i.e. when taking water from rivers in the lowlands. Mountain streams are so clean that you can drink not desinfected water safely, which I very often used to do in my life. A disinfectant tablets are just perfect complement to steel Mizu bottles during extreme expeditions.

Black matt coating of my Mizu bottle became nobler after a canoeing trip. The bottle was scratched when it was moving from one part of the canoe to the other. However, these features indicate only that the bottle is in constant use. I do not mind, because they do not affect the essential function of the bottle - the transport of water.

In my opinion we should not dwell on equipment - Mizu simply fulfils its purpose. It allows me to take the tap water wherever I need it. By the way, it is nice, it has an ergonomic design and cork mounting, so that it can be tied, with a carabiner, to a backpack. It does not absorb flavours or odours, it can be washed easily. It maintains a temperature of drink for several hours. And most importantly – it lasts for years. Mizu gives a lifetime guarantee on their products! What more could you want? 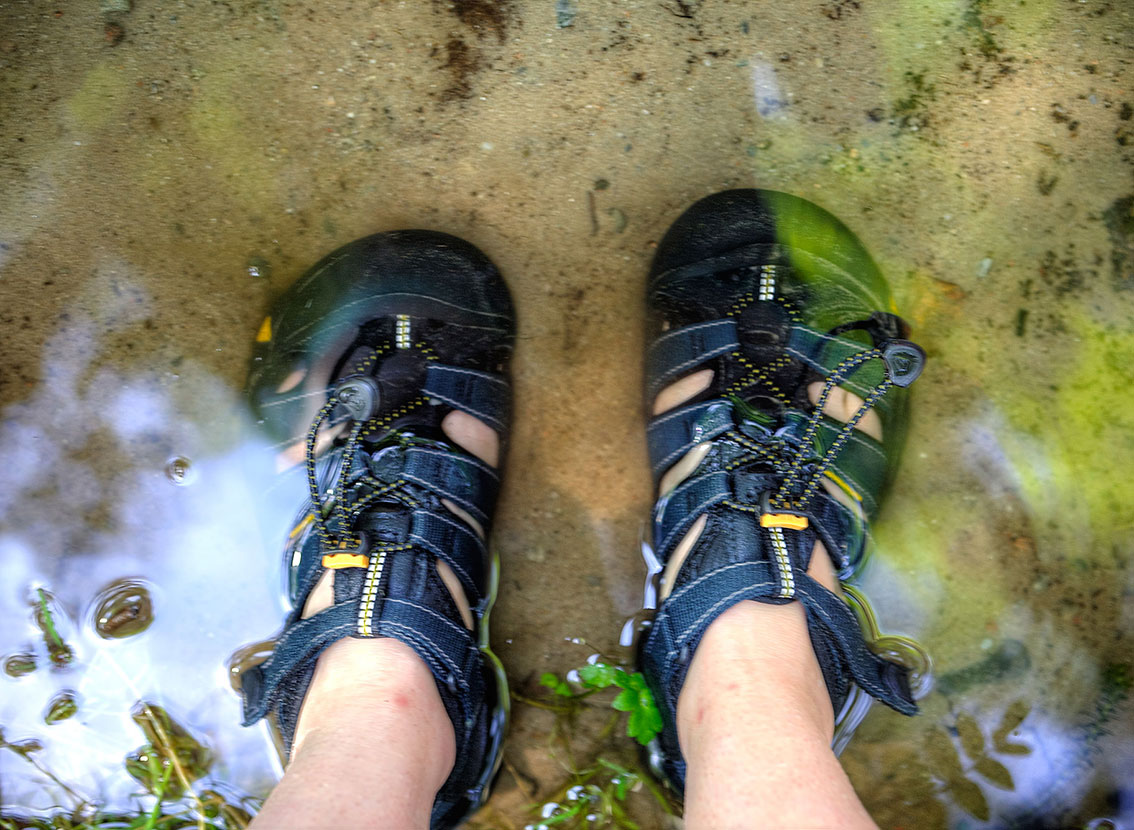 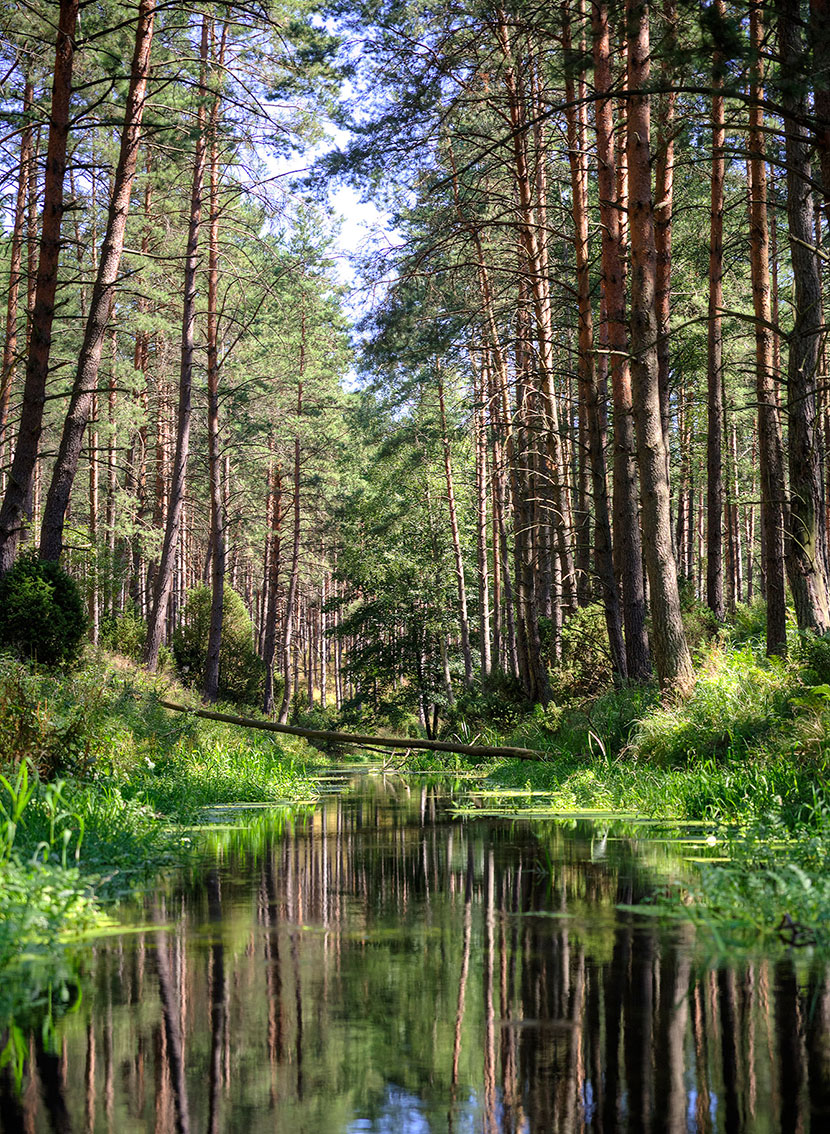 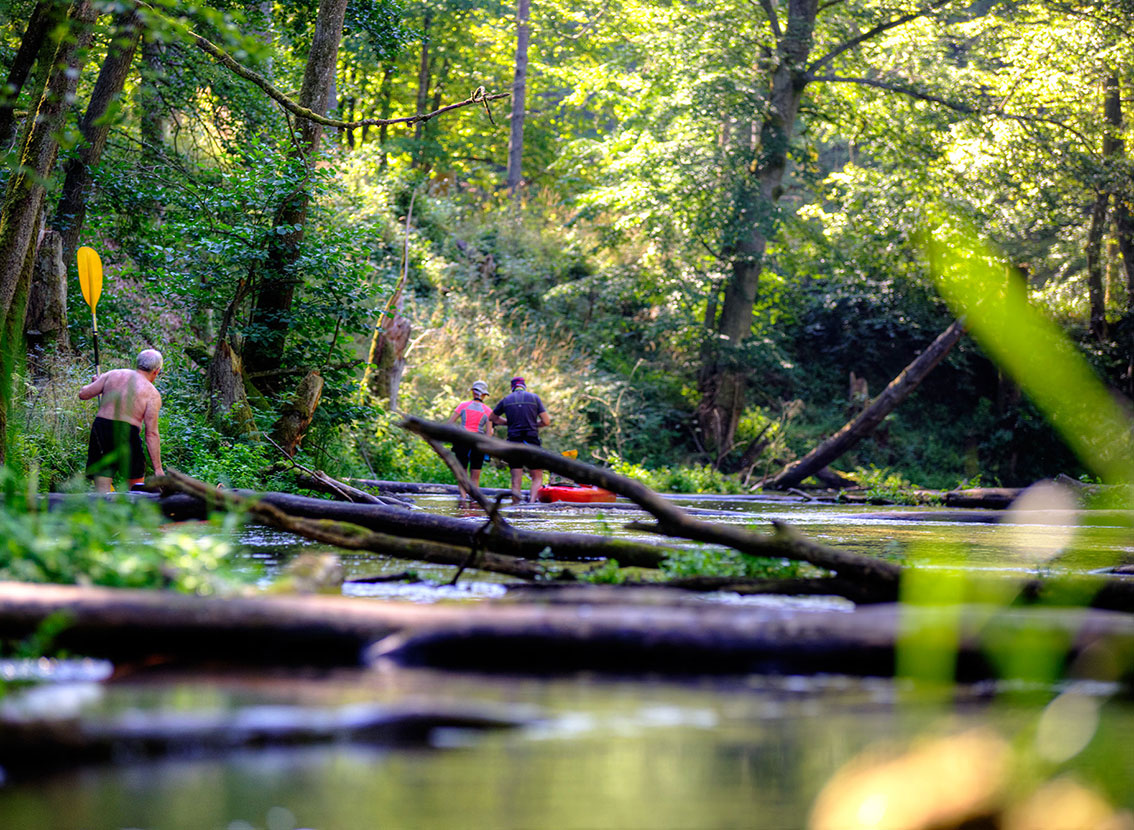 Every year, I go kayaking, away from crowds at the Baltic Sea and in the mountains. This year, I have chosen the Brda River - a scenic Kashubian river, its first part is prist...

After years of product developments, and months of testing on the trails and roadways surrounding its Boulder, Colorado office, Polar Bottle has unveiled its brand new ZipStre...

Drinking tap water is not only a fashion, but first of all it is a responsible attitude towards the environment. EQUA – a brand offering safe and comfortable glass bottles and...