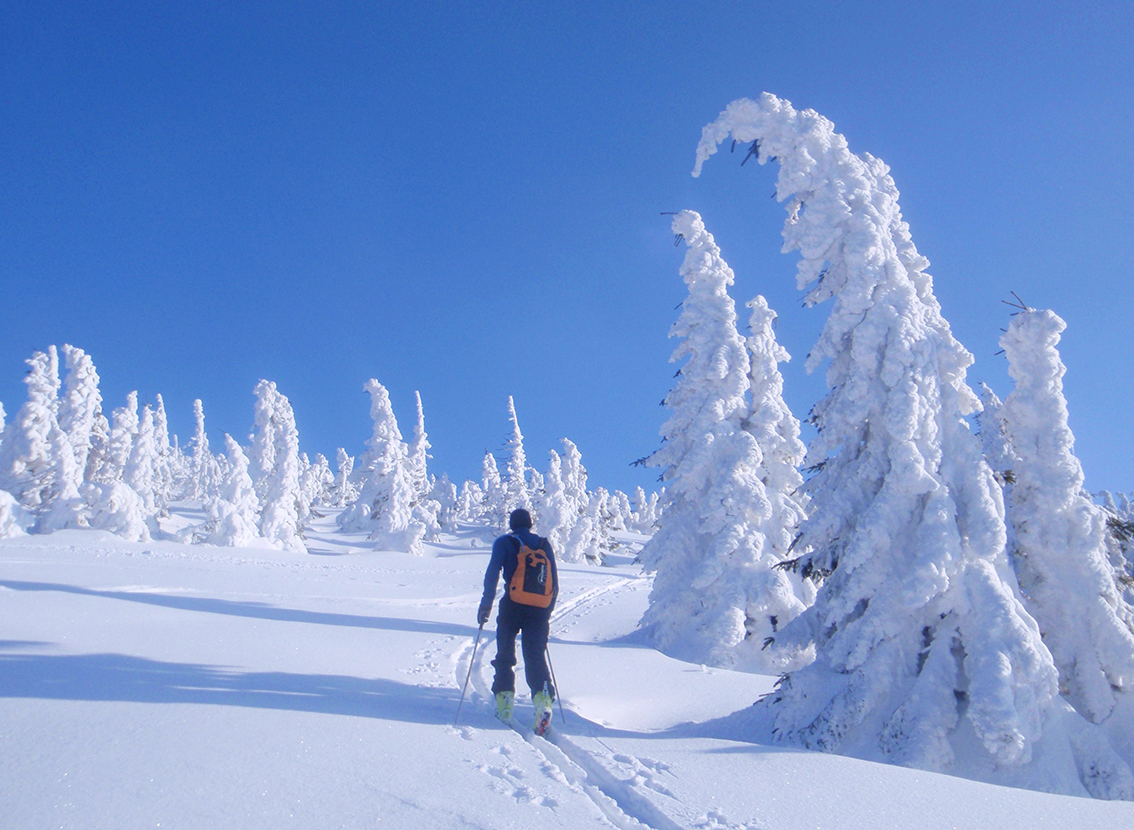 On the skins in the snow - skitouring and ski mountaineering

Are You getting bored riding still the same routes? Are You irritated by the crowd and the queues to the ski lifts? Do you miss the free journey through the Beskids covered with white, wild snow? Or maybe you need to feel the thrill during the downhill ride from the Tatra mountain pass or sports experiences during the competitions? Perhaps then skitouring or ski mountaineering are just for you.

Skitour (skitouring) can be described briefly as ski activity, involving climbing on skis and skiing on them, in the mountains, outside the areas prepared for downhill skiing. When skitouring becomes far more professional, then we are talking about ski mountaineering. And skitouring –its more recreation and hiking version.
Equipment

"What are you doing to prevent your skis from sliding?" – while walking along the ski runs every person who tried ski mountaineering, must have heard that question, from people speeding in the opposite direction. Well, neither its magic nor an incredible strength of the arms. Climbing on skis is enabled by skins - strips of material, on one side coated with a special adhesive on the other – with the hair attached under certain angle. The name derives from the fact that they used to be made of real seal fur. Nowadays, the best professional skins are made of ... mohair.

Right before climbing, skins are being attached to skis and they are additionally secured by the use of fasteners. The arrangement of bristles allows you to move skis ahead, but it prevents from moving back. During downhill ride, seals should be taken off. In steep area special, metal knives (should be put on skis) which can dig into the icy snow are used for climbing. In ski mountaineering, sometimes you have to climb with crampons and your skis on the back.You need special bindings as well. They hold the foot just in front while climbing, just like in case of cross-country skis.

During downhill ride they hold it both front and rear side, as in downhill skis. The structure of ski mountaineering boots is also adapted to the climbing and downhill rides. The boots are shells of plastic, and can be adjusted just in the way to make the boots work like downhill skis boots while riding down and to get the maximum flexibility and allow the freedom of movement while climbing up. The sole of these boots is also different from the downhill skis boots. The sole is adapted to climbing in the mountain area. The skis are visually similar to the downhill ones, but they are much lighter.

Z team has again decided to approach the subject of making sports movies and photos. A work on a new, small camera has began in 2013. - After years in the video industry, I ha...

At our readers’ special request of, we have prepared a list of vegan trekking shoes and those in which you can run in the mountains. Due to development of synthetic materials,...

We are designed to move - its not just the title of a panel discussion at this years ISPO fair, but also a great world action. The reason is serious - todays 10 -year-olds wil...