What is hidden on the other side of the Easter table? The truth may shock you!

While thinking of the coming Easter, the activists of the CIWF Polska organized the unusual breakfast where we could see what is hidden on the other side of the Easter table.

Today in Warsaw on the Krakowskie Przedmieście we could sit at the festive table and see what is the content of the celebratory plates… when it comes to the kitchen. Near the tableware and the scented cakes there was a pig behind the bars and on the table we could see the hens in the space of the A4 paper sheet size – exactly the same as falls for one farmed bird in a cage.

THE FACTS ABOUT THE CAGE ERA IN POLAND:

In Poland there are farmed mostly the laying hens: about 40 million, out of which 90% is closed in cages. They spend their lives like that, which is 1,5 year, while in nature those birds can live even 10 years. The foundation CIWF Polska encourages the consumers to, not only before Easter but the whole year, buy the eggs consciously choosing those with numbers 0 (ecological range) and 1 (free range). Those eggs are indeed more expensive but – as the animals defenders convince – it is worth paying such a price to minimize the suffering of those birds.

The rabbits are farmed in 2 millions and until now there are no regulations which would guarantee at least the minimal farming standards for those animals. However thanks to the leverages of the citizens, also from Poland, the European Parliament voted last month for the removing of cages in the rabbit farming and the alternative methods of farming those animals.

In our country there are farmed more than 800 000 female pigs a year. However lives of the most of the pregnant pigs are a torture: obligatory in 4 weeks after the insemination and the last week before the parturition (total of at least 5 weeks of pregnancy and sometimes more) they are closed in the metal coops in which they cannot even turn. Often they lay on the concrete floor or a floor without any hay.

The animals kept in this way have no possibility to move freely and express their natural behaviours. What is more, while spending time together in such a small space they become aggressive and hurt each other and the excessive crowd makes it possible to transmit diseases easily. The cage is a symbol of farming causing the suffering of animals.

The Easter table of the activists of CIWF Polska made people interested: the activists were giving different cookies and the educational pamphlets concerning eggs (how to choose those proper ones, marked with number 0 and 1) and they encouraged to join the campaign End of the Cage Era. Because the activists where showing the pictures from the investigations conducted on farms, most of the questions concerned the conditions of the Polish farmed animals.

“For me, especially sad was the pig feeding the piglets. She laid closed in a metal cage! Really, no animals should be kept this way. I didn’t know the pigs are farmed in Poland this way” – said the moved participant during today’s event.

For more information on the campaign, we invite you to visit:  www.ciwf.pl/epoka-klatkowa 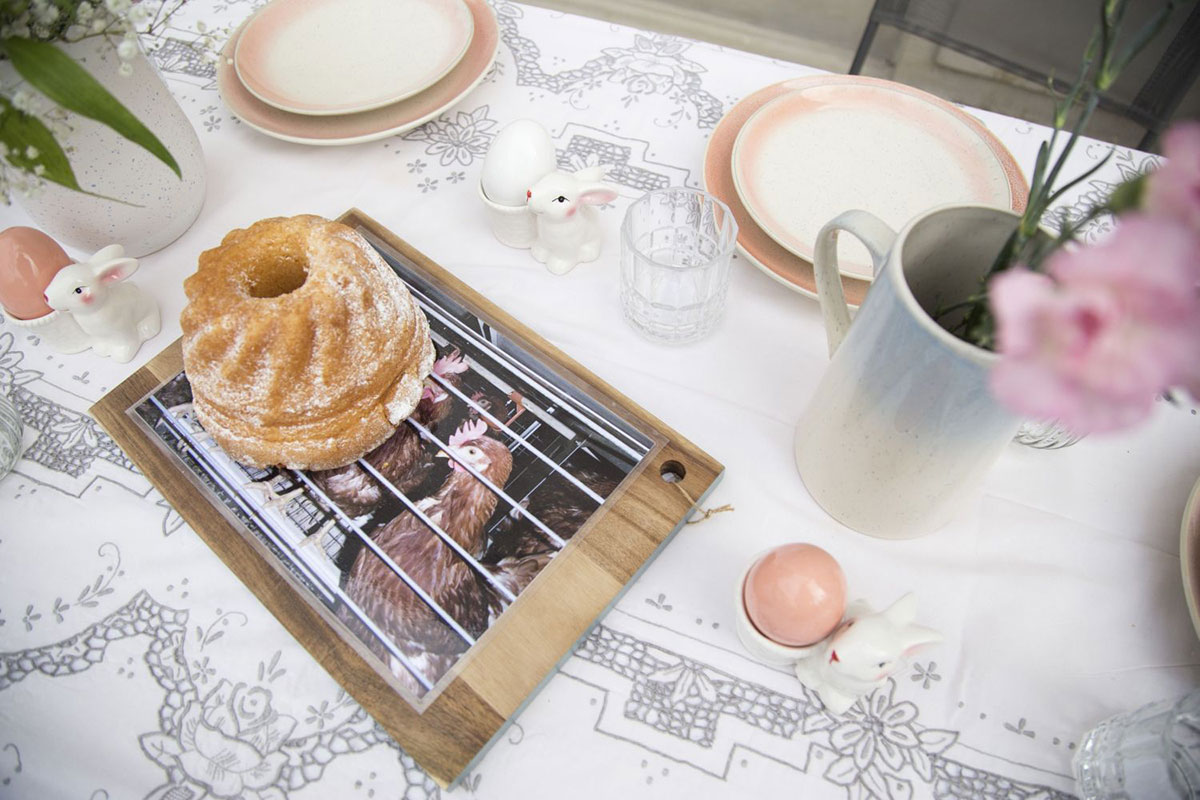 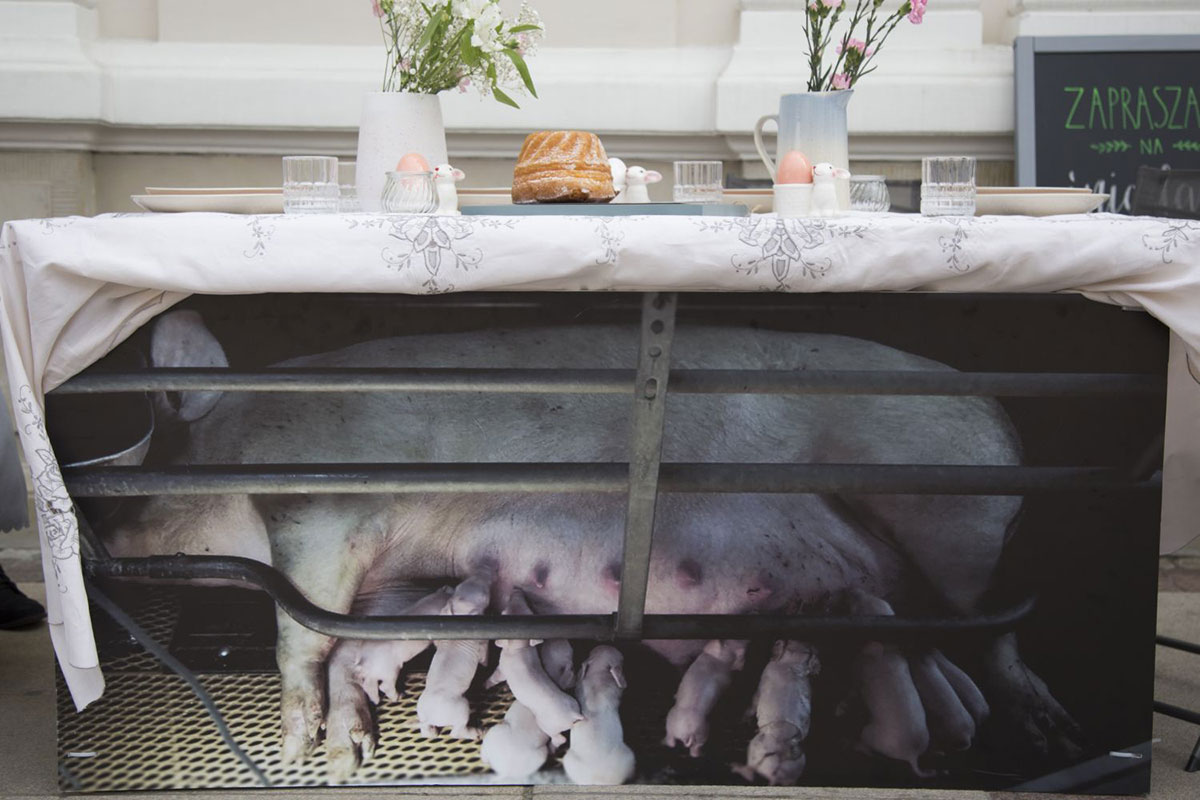 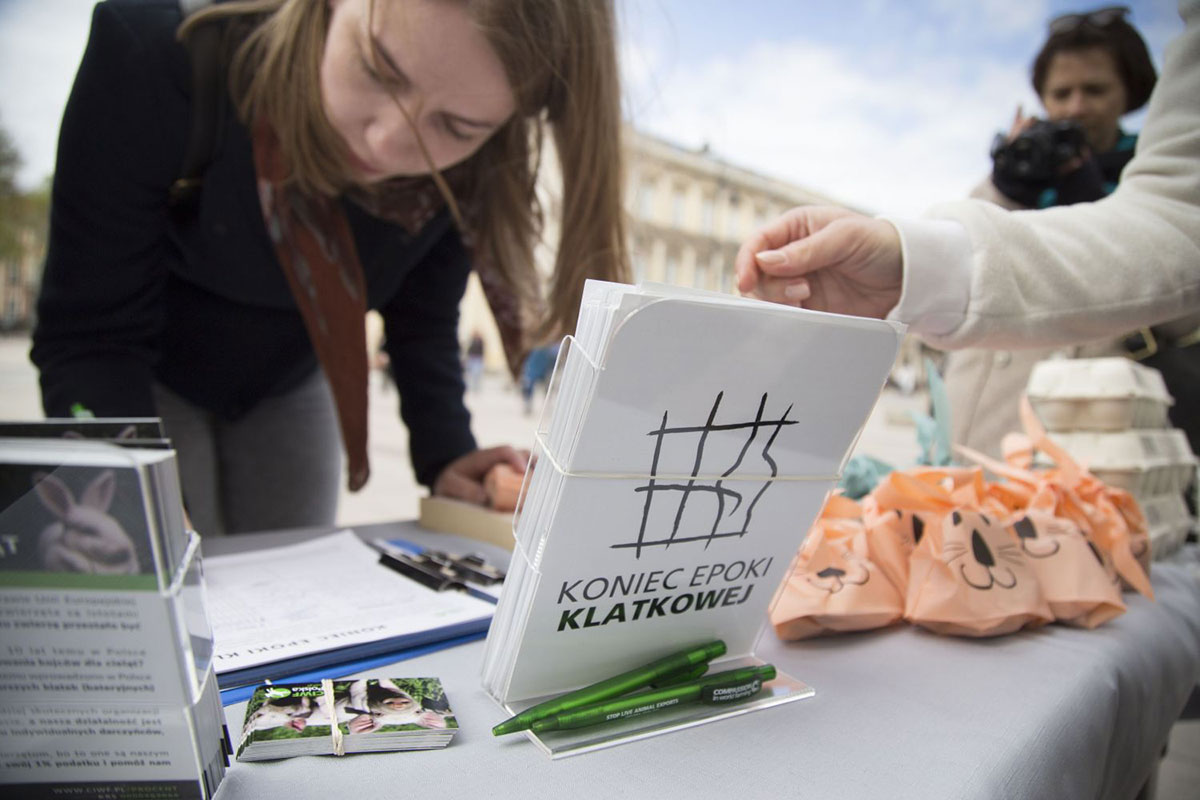 Common heather - a beautiful plant which, moreover, has given its name to the ninth month in the calendar. Heather is not only beautiful but it also a useful plant; bees love ...

They are natural, handmade and not tested on animals. They do not contain parabens and other preservatives and the Achae brand closed them in the biodegradable packages. Ac...

If you have read at least once the content of the popular liquid hand soaps you know to keep far away from them. This is how Yope was established – a Polish brand manufacturin...