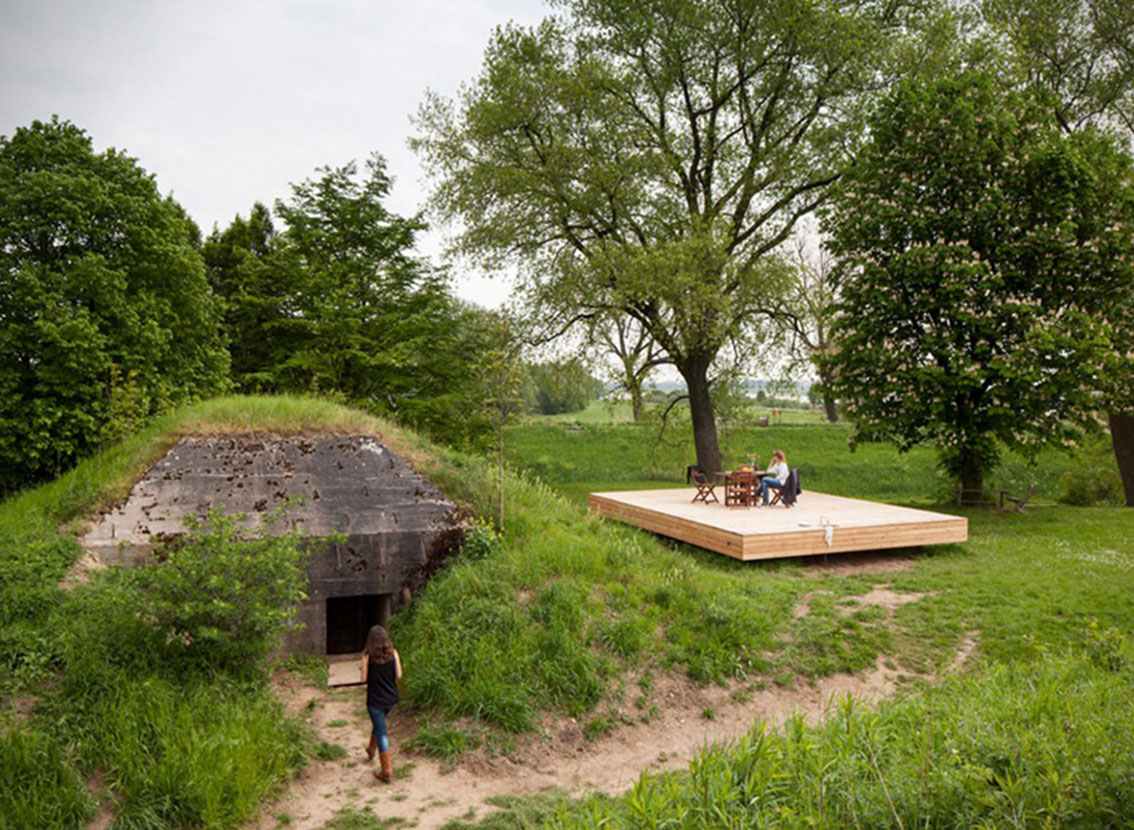 It would seem, that bunker built during World War II is totally useless today. If did actually filled its security role and it suits only for demolition or as a museum headquarters. Meanwhile, for architects from BILD Company, ascetic concrete is a flexible material, in which created unusual cottage.

Bunker is placed on terrains of Fort Vuren village in Holland, which was a part of its old defense system during World War II. This place, with 2 meters in height and size of 9 meters squared, was a huge challenge for the architects. In its project, they established, a use of every free space in a way, to fit a group of 4 people. Thats why bunker furnishing was reduced to necessary minimum, which you can freely move. Additionally – all furniture are filling both resting and storage functions. 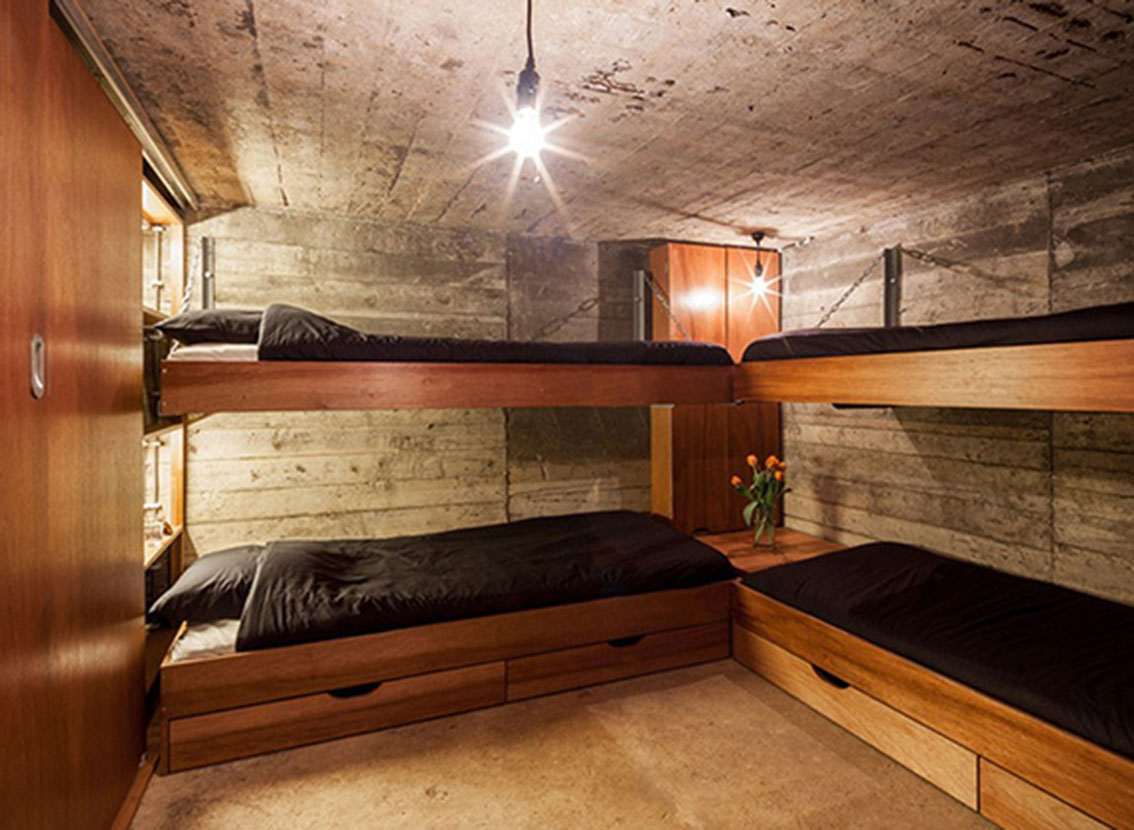 Residents can use a fully equipped kitchen, with folded table and chairs, which may be used as an extra wardrobes or coffee tables. Beds are bunked. Top ones have been hang on a wall with chains, as they looked in bunkers during warfare. Bottom ones are included with cabinets, for storing a bedding for example. Next to bunker, architects set a wooden deck, in which you can spend time outdoors. 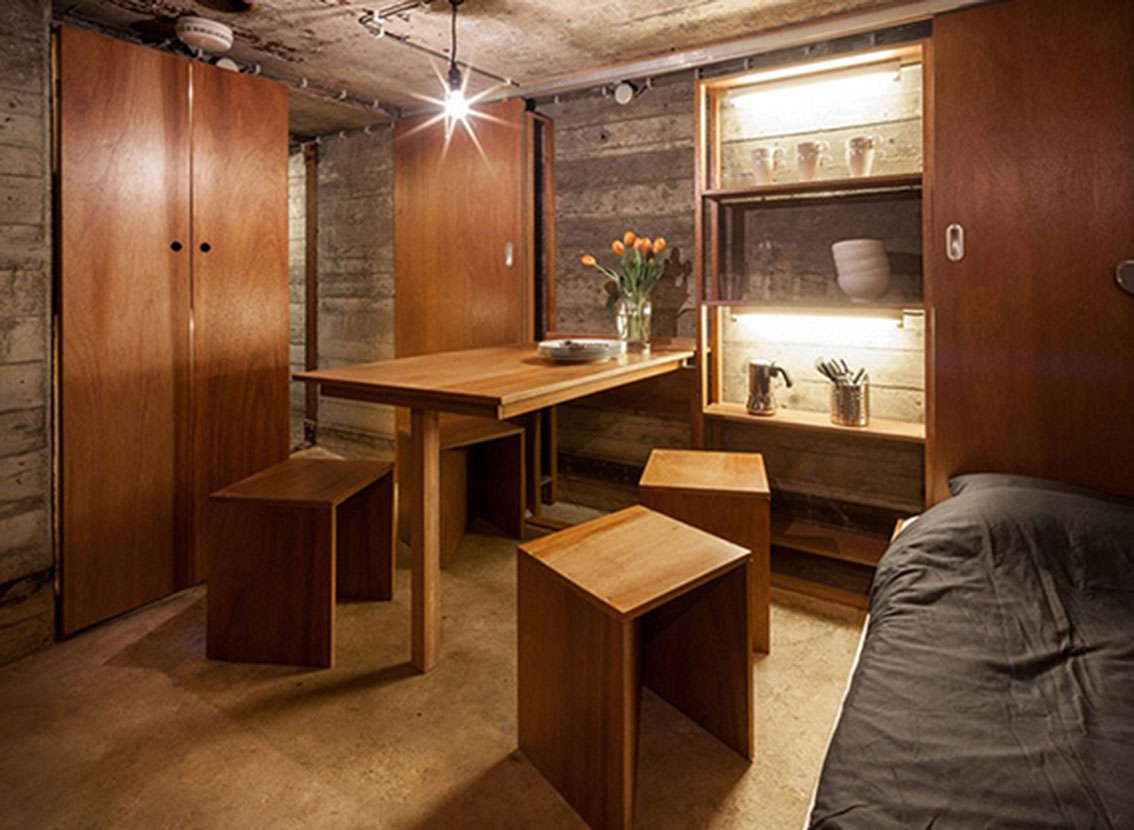 Project of this place was a part of advertising campaign, organized by Famous for Delta Lloyd Life Company. This firm organized a contest in which the prize was a holiday right here, for two winning families. Although, the contest finished already, you can still spend vacation in bunker.