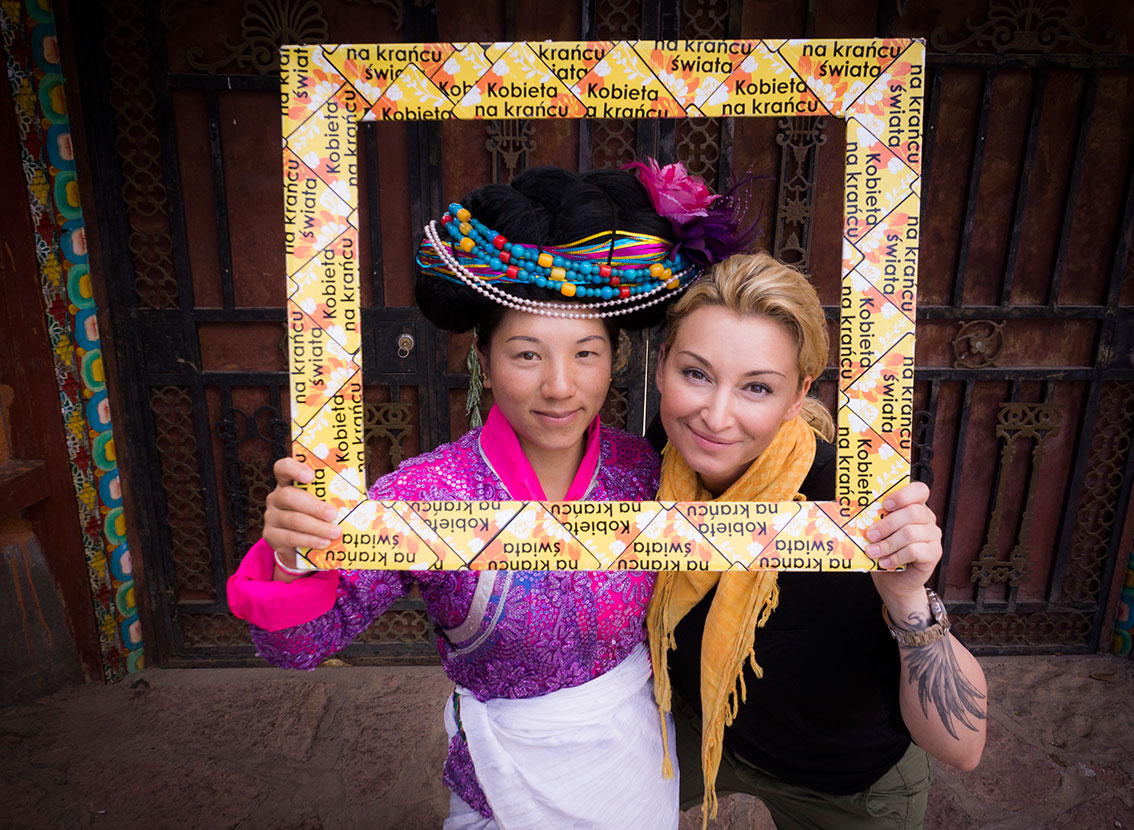 Martyna, you were always amazingly active, can you reveal to us, how you discovered your passion, because there are plenty of them and theyre different from each other?
My element is, mainly the "life in movement and on the way" – this term includes almost everything. Since I remember, I was a child very curious about the world, knew what I want and could constantly overcome through particular obstacles in a way of achieving a goal I set for myself. At the beginning, my biggest passion was automotive. It probably results from the fact, that my dad was a player, a rally and racing driver, so my memories from childhood are a smell of grease and gasoline (laugh). Spent hours with my dad in a canal, swap a brake pads, regulating a carburetor. Today I cant bake a cake, but Ican change a break-pads – easily, without any problem! When I was 10, I said that Im going to be a motorcycle riding driver. Thing happened in 84 and those werent the times, when anyone thought, that girls can do "such things". Saying shortly – I was laughed with my dreams about moto-sport. But deep down through my skin, felt like that this is my idea for life. I started to drive a Romet motorbike, there was Simson after that, MZ150, 251, Jawa 350. I got a driver license when I was 17 years old, two months later had a riding sport license for cars and motorcycles. Thats when I started to engage into intensive world of motor-sport and disappeared for many years.
Now I think, that automotive led me into a point, in which Im today. Because I believe, that every big and true achievements comes from great passion. Only then it makes sense!

What about diving and climbing? Theyre two different worlds, literally and figuratively.
There is one thing, that those have in common – pressure. In mountains, pressure goes lower together with height increase, during diving its growing with lower depth. You must be able to deal with both. 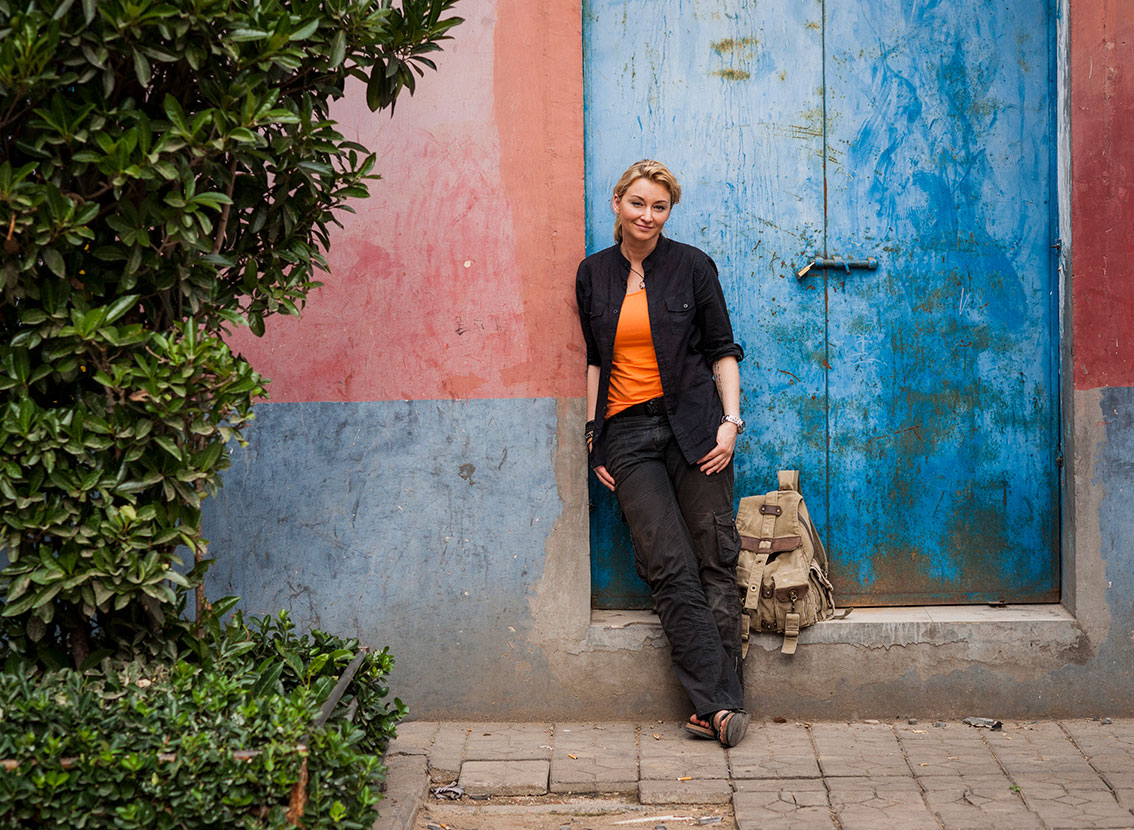 When I started in Dakar rally, which is the biggest, hardest and toughest automotive event, no one was giving me a chance of even surviving there more than one day, well maybe a week. When I got stuck on dune inside a Sahara, I realised that from this rally most interesting thing was "being on a way", people, views, moving, fight for survival, determination, strength that you need to demonstrate. I understood that this sports competition doesnt really interest me. I wanted to show this real emotions and true fight, which doesnt happen at the top, but at the very end of tail. That was my first "flash", to start doing a documentary, travel and adventure shows. In the meantime, I reported a rallies for championships and Formula 1 racing as an automotive journalist, but started to become even more interested into surroundings. When I have been in Argentina, I was only supposed to observe a drivers challenge on a road, but much more interesting things happened around me! People have eaten weird dish, had different culture, spent time differently... I understood that I should do the programs about all this things. And then, 10 years ago, it wasnt as obvious and popular as now. (laugh)

What about diving and climbing? Theyre two different worlds, literally and figuratively.
There is one thing, that those have in common – pressure. In mountains, pressure goes lower together with height increase, during diving its growing with lower depth. You must be able to deal with both. 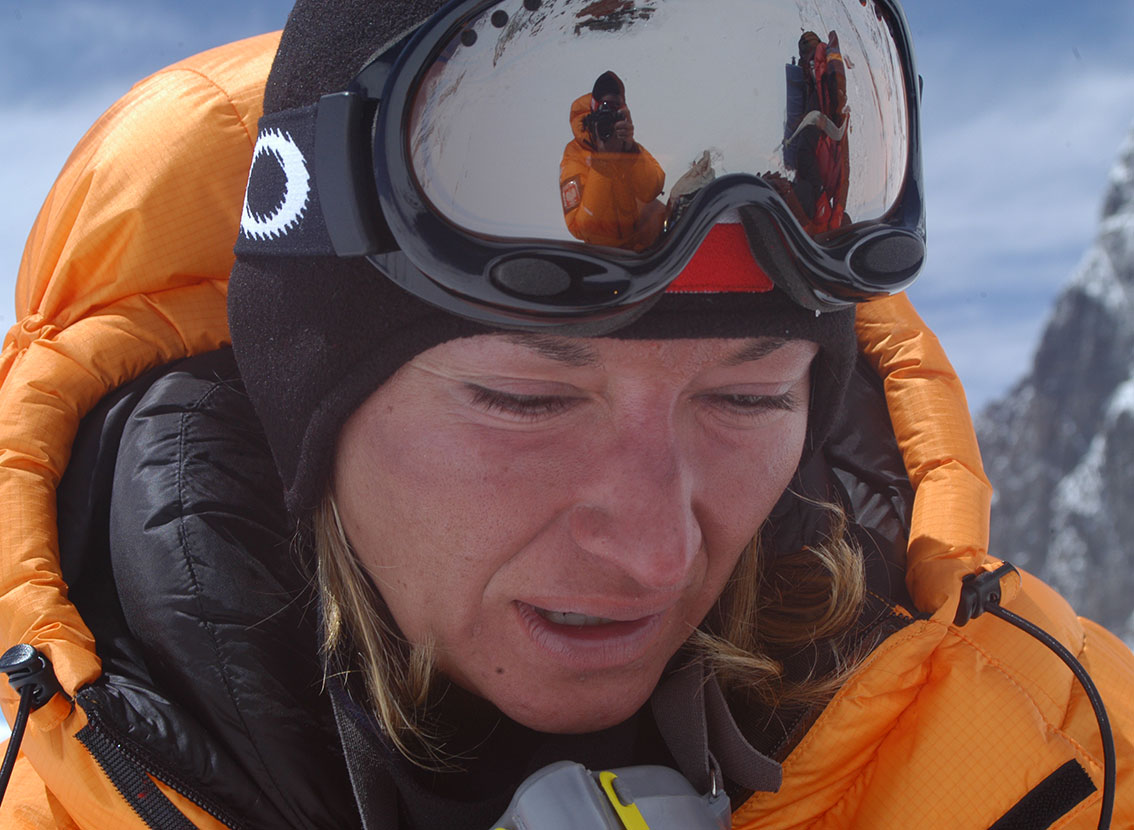 People, who love mountains and they achieved something in it, usually focus just on this one thing. You achieved a lot in very different fields.
I dont see this in category of an achievements, because in a shadow of people which I met in my life, theyre not achievements at all! I rather showed a determination and huge stubbornness. When I do something in my life, I put all my heart in it and constantly try to achieve an established goal. Never felt like a human being, which have an urge to stand for specific field of sports, or way of spending time and life. I guess, thats what passionate me the most at specific moments was becoming my way of rising an adrenaline, because at some degree Im addicted to it. I "discovered" mountains pretty late and it is a pitty , because if I would have started to hitchhike when I was a girl, then I would understand much earlier, that THIS is what I love the most. 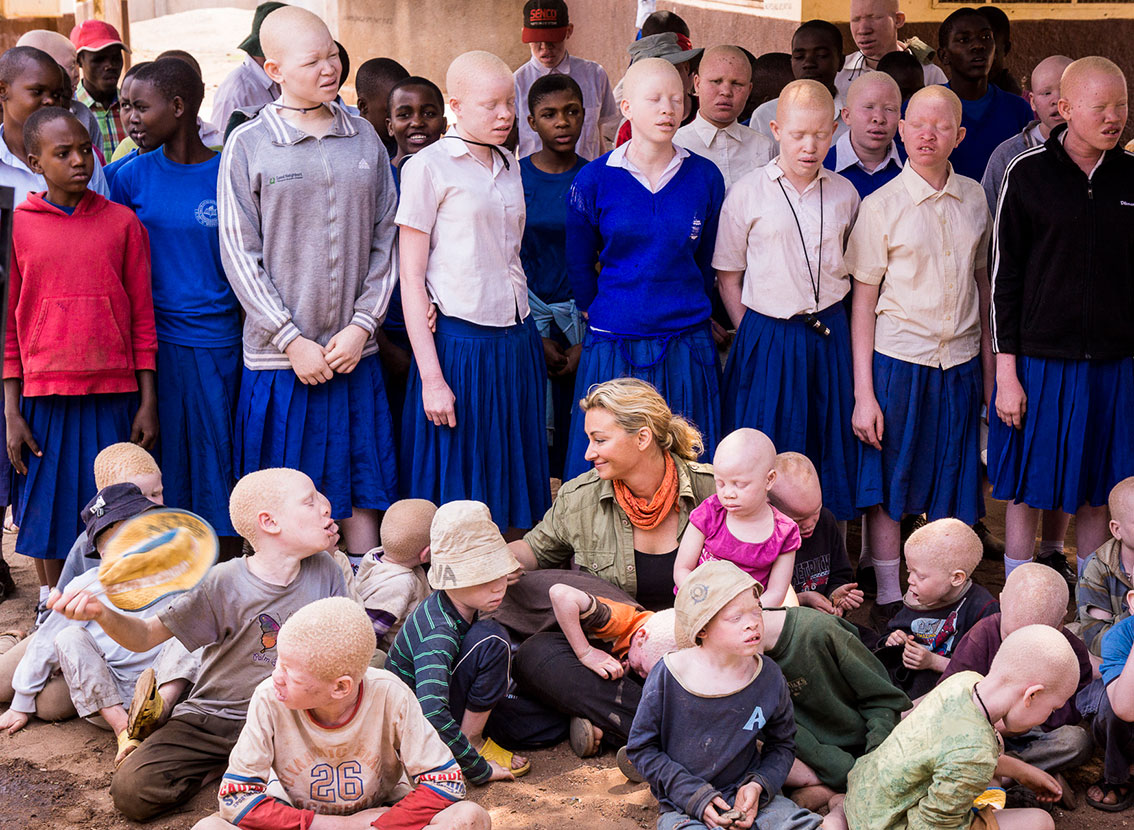 Martyna, if youd have to describe yourself in a few words, if I ask you who you are, then?
Im a human of action, person, who have a courage to dream and fulfill their dreams. Despite appearances - to dream – it is necessary to have courage, because many people before they even put a certain thoughts to the fore, are giving up of their dreams.

What Martyna thinks about herself from the past, Martyna leading a Big Brother show?
I was the same person, but looked different on the outside. Always have been an uncomplicated girl, who liked to walk in army clothing, male shoes and ride a motorcycle. Since I remember, I was interested in simple life close to nature, but on certain step of my professional career, I got an offer I couldnt refuse – proposition to lead a biggest TV project, which was the "Big Brother". I didnt know what it meant. Someone said, that I have to change certain things, that I should look different, because ladies from TV are walking on high heels and should look slim. Would laugh at it nowadays, but 12 years ago it was us, who were doing an experiment and learned "on ourselves" how to do a modern television.
It giggles me, that I was so... rigid and a bit plastic. 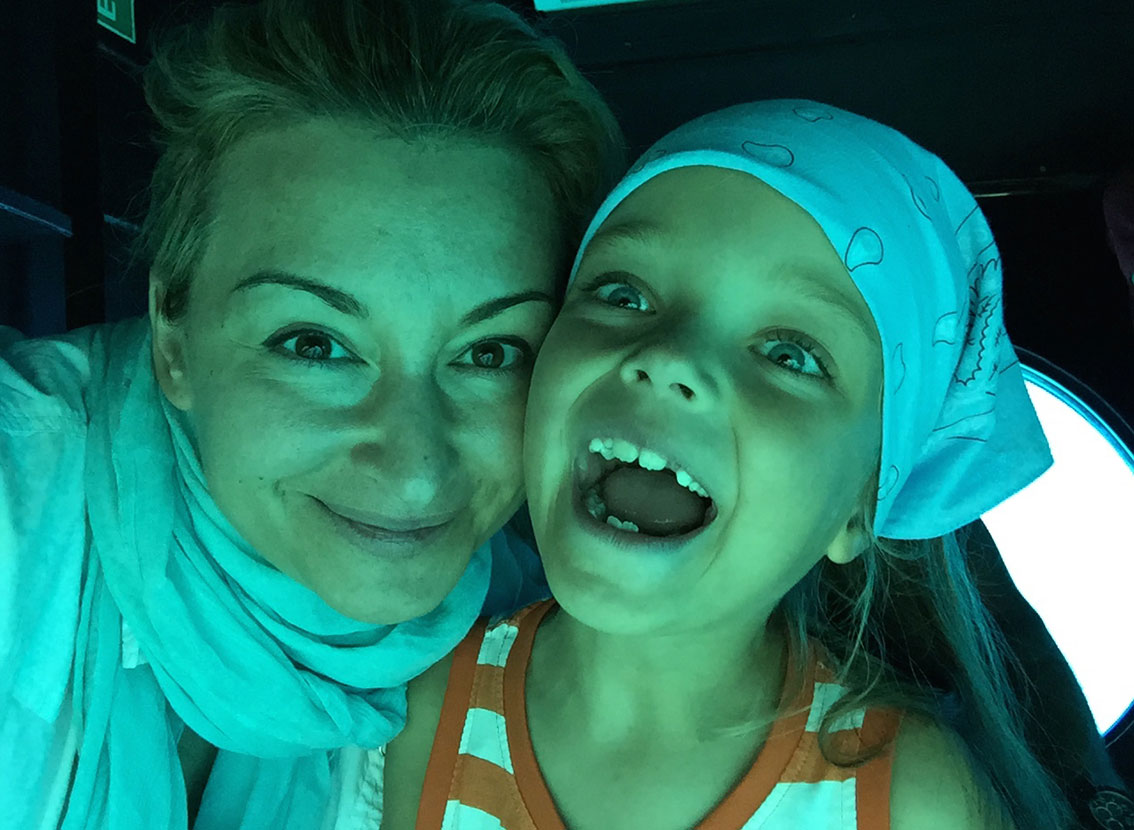 Oh stop it, you were beautiful, even wanted to cut my hair the same way (laugh).
Martyna (laugh) Apparently girls came to hairdresser and said, they want a hair in a "Martyna Wojchechowska way". It was a crazy time, but learned a lot for sure. There do not exist any conditions at work which are able to overpower me – it can fall apart, burn, lamps turning over, everything can happen on a spot, Ill handle it because "Big Brother" was a great school. 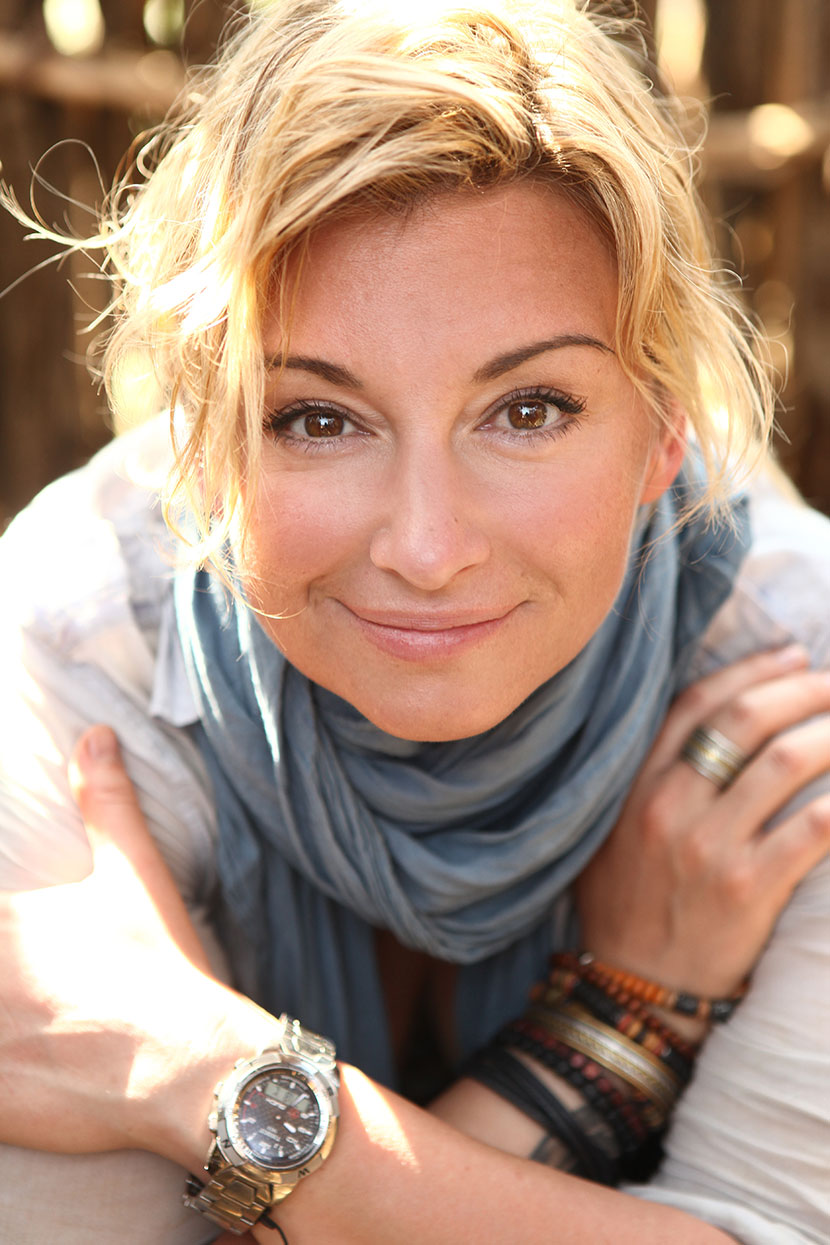 Tell us Martyna, what Marysia changed in a way, you see the world?
When I start to think about Marysia, state of mind suddenly changes, I become more soft, warm, mellow... and this is the most amazing experience in my life! It was hard to cope with a new role. When Marysia was born I had no idea, how my life was supposed to look like, and if Im only a mother now, or can still be a journalist and a traveler? I opened up to people because of motherhood, started to look differently on choices people make. If I wouldnt be a mom, "Kobieta na krańcu świata" show wouldnt ever appear, as it became my most important project, making it for over 6 years, exactly in age of Marysia. 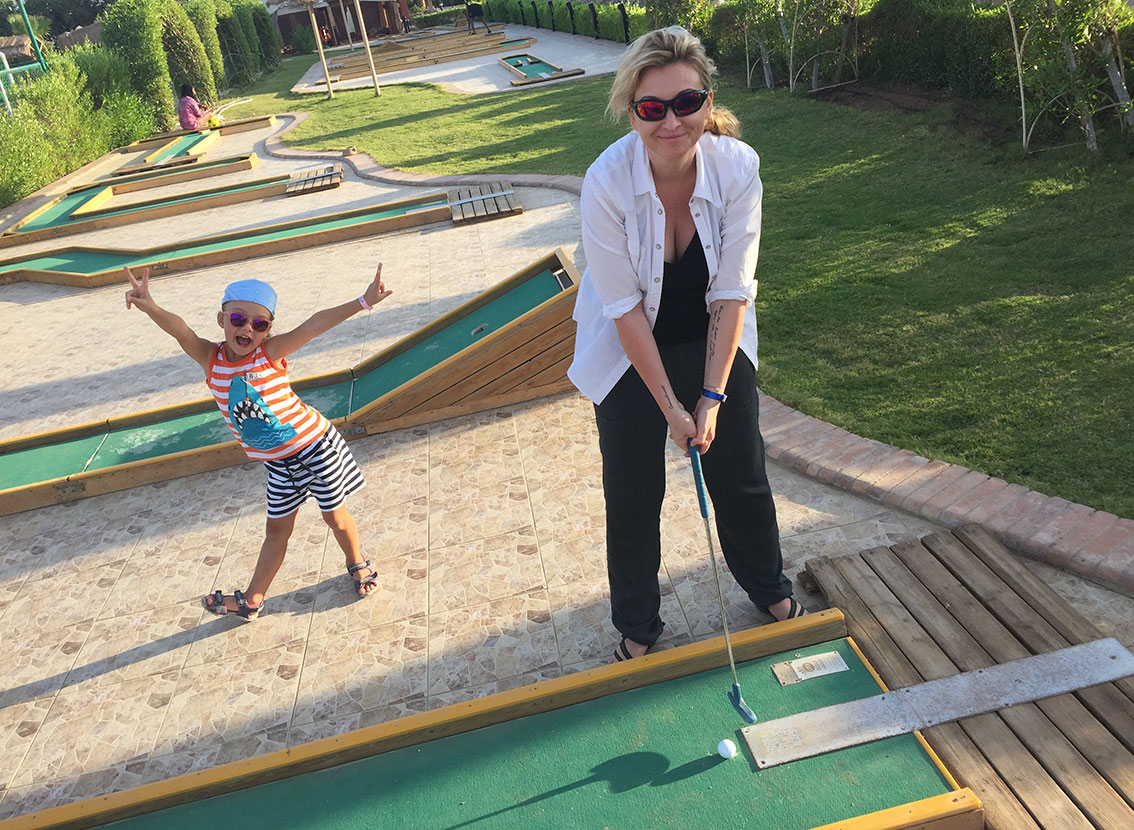 Martyna, youre very active, you probably have a lot of ideas on your professional activity for near future. Can you share some of them with us?
I have more ideas, then possibility to realize them. Used to plan in advance, what Ill do this week, month, had a list of priorities for each year. Turned out, that life is weirder than fiction, so I stopped to stick so hardly to the plan. Not sure if season 7th of "Kobieta na krańcu świata" show will appear, but Im sure to fulfill couple of my dreams and go with camera into places, which I havent been before. Became an editor in Chief of "National Geographic" and "Traveler", have another book in my head to write. Shortly speaking – Im rather not bored! (laugh) 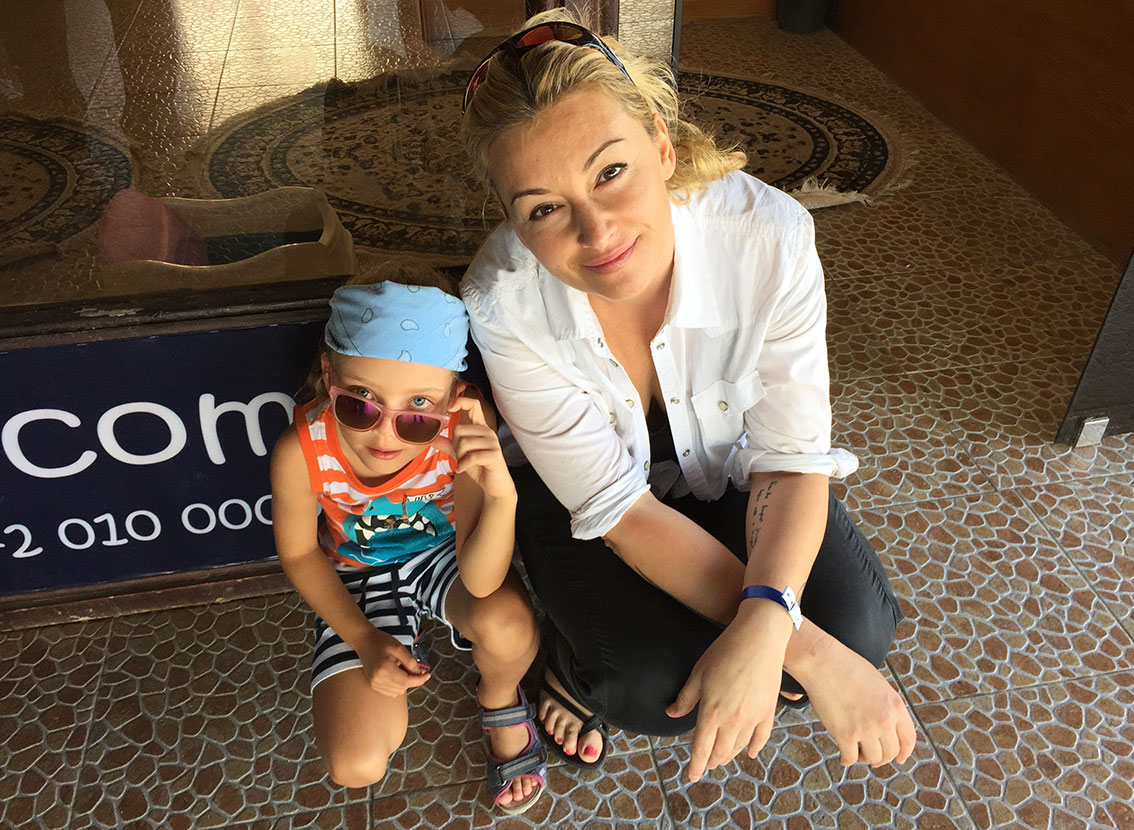 What about eco lifestyle? Are you eco?
Im a person with big ecological awareness, but not an ultra-ecologist either. Not doing laundry in nuts, not washing my flat in vinegar... there are few things, sometimes very simple, which not doing them today, is shameful. In my opinion, someone who doesnt save water, segregate trash, not buying products with "fair trade" sign, is not completely interested if this planet will survives and will be home for their children. I admit, that widely spread "ecology" is a reason for frustration for me as well. Wondering sometimes, how much effort we make, to not use a plastic bags. We feel almost like heroes, when we walk out of the store with a reusable bag, and in the same time Africa is filled with garbage and plastic. Half of the world is drowning in e-waste, which we get rid of from view, because we sent them from Europe to Asia and Africa, and there – a little childish hands are turning them into parts... then I think, what we do here is a small drop in the sea. But very needed one.

Children’s day all year round

The children’s day is a perfect moment to reflect about our children. Have you ever wondered how much time you spend with your children each day and how you use this time toge...