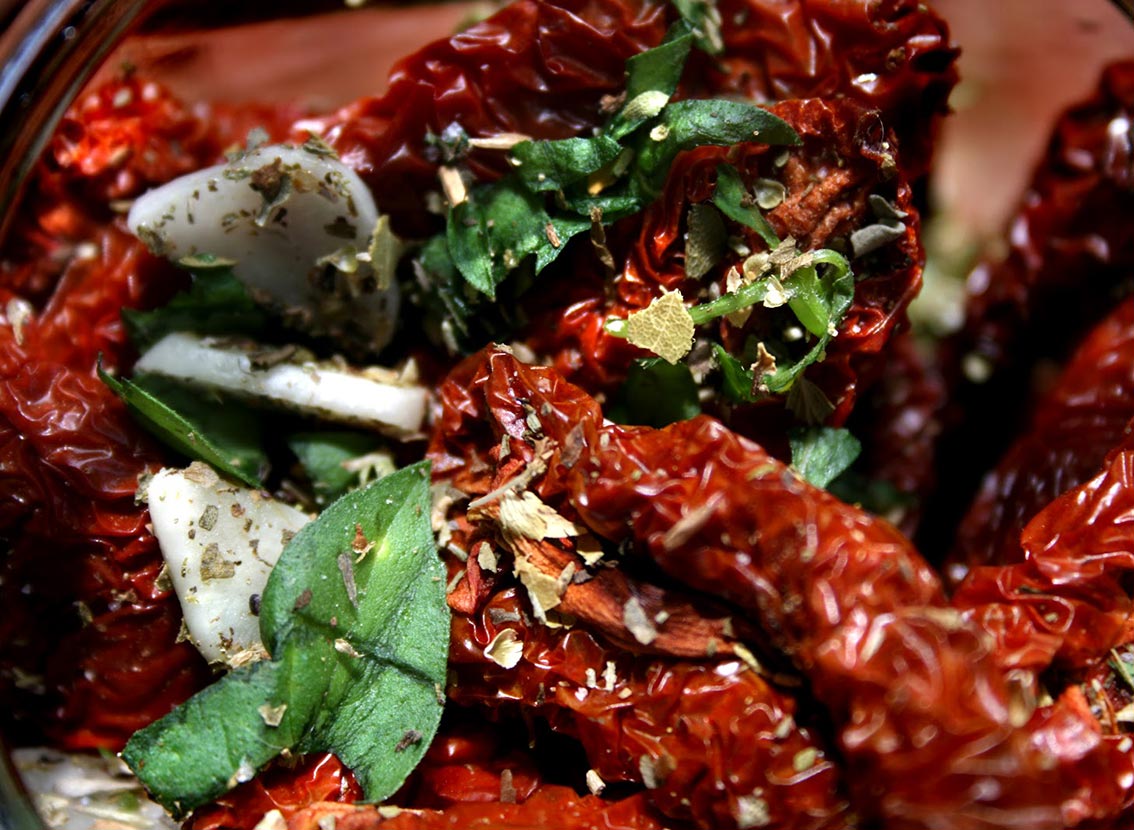 It will take a week or two when those with the most beautiful, sunny flavour disappear completely. Lima tomatoes dried at home are a delicious alternative to chemically preserved tomatoes from the store. Now you know exactly what is there inside and what chemicals were not given.

Drying tomatoes requires a small amount of free time and a lot of patience. The idea is to dry tomatoes, not to bake them in the oven. How? The recipe is very simple!
Components:
fleshy lima tomatoes,
basil, oregano, herbs de Provence,
pepper, salt,
garlic,
rapeseed oil,

Cut tomatoes into halves. Take out the seed cavity and water. We put on skins on baking sheet with baking paper. Put cloves of garlic with rinds between the tomatoes.Set the oven to 80 degrees Celsius. Leave the door slightly open - in case of tomatoes, even convection is not enough to remove their moisture. And now the worst news - the tomatoes can dry up to 12 hours. One thing is certain - some of them will be dried after 8 hours, others - after 14.

So nothing seems to be certain. The longer we dry them- the more often we have to look on them. Some may begin to blacken quickly, while others will be still wet and a "tomato-like" ... Those that are already dry, can be removed from the oven and put in jars (boiled and dried). 6-7 jars of 900 ml dried tomatoes can be produced from a box of tomatoes.

Put tomatoes in a jar, with spices, salt and pepper. Apart from herbs and fresh garlic, we can add a dried garlic to the tomatoes in jars. Pour warm oil on tomatoes. It cannot be too hot, because it can burn tomatoes, but it cannot be too cold at the same time - because it will not destroy everything that can cause rotting of the preserves.

A box of tomatoes means two full ovens (in the oven, 4 baking sheets with tomatoes put tightly together can be dried at the same time). Jars should be pasteurised. Large ones – for about 30 minutes in a pot of water and 45 minutes in the oven. Small ones can be pasteurized shorter. Just remember that in order to pasteurize it properly, water should reach 3/4 of the height of jars.

Such tomatoes have plenty of advantages - they are certainly tastier than the "store" ones and they do not have all these chemical components that should be avoided. What is more, financial savings are substantial. Tomatoes cost about 20zl per box, plus herbs, garlic, jars and power, and rapeseed oil. In total, for all of the ingredients it is less than 40zł. Meanwhile, one jar of dried tomatoes in oil of average quality costs in the store about 20zł. So the price of two jars from the "shop" are equal to 7 jars of your own, homemade dried tomatoes. And in addition we do know what we eat! 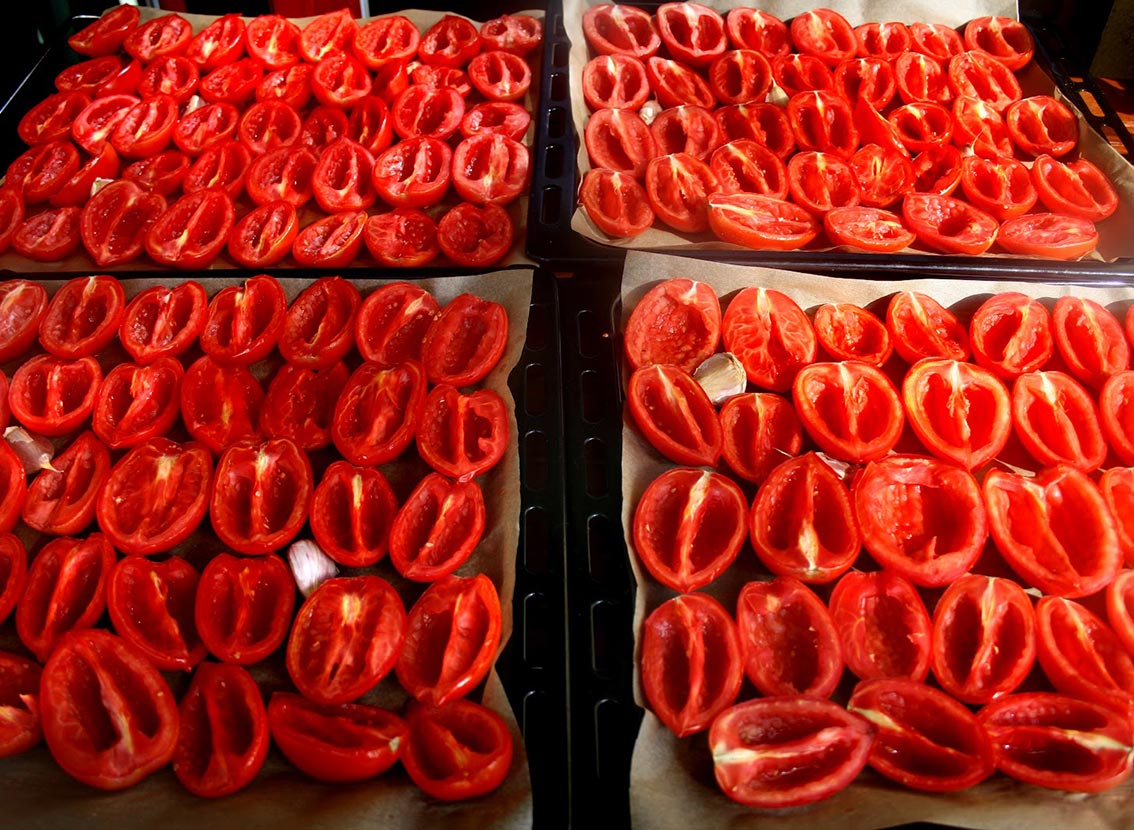 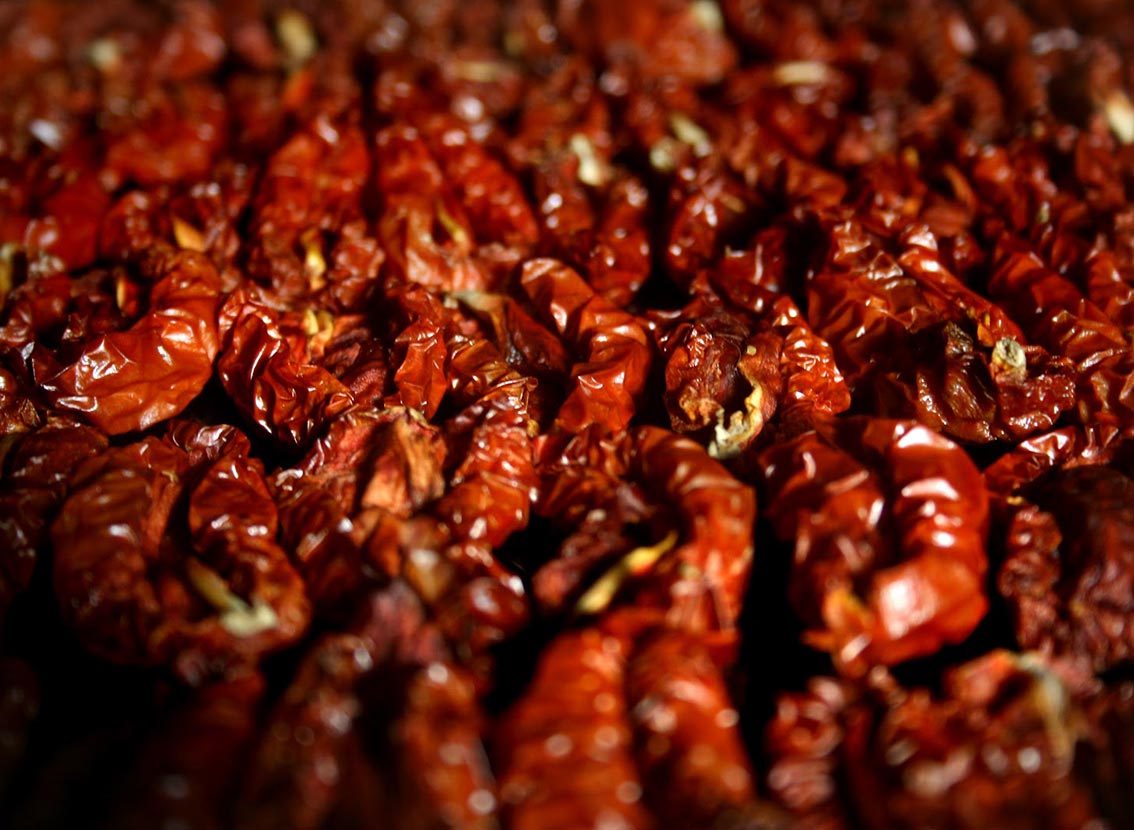 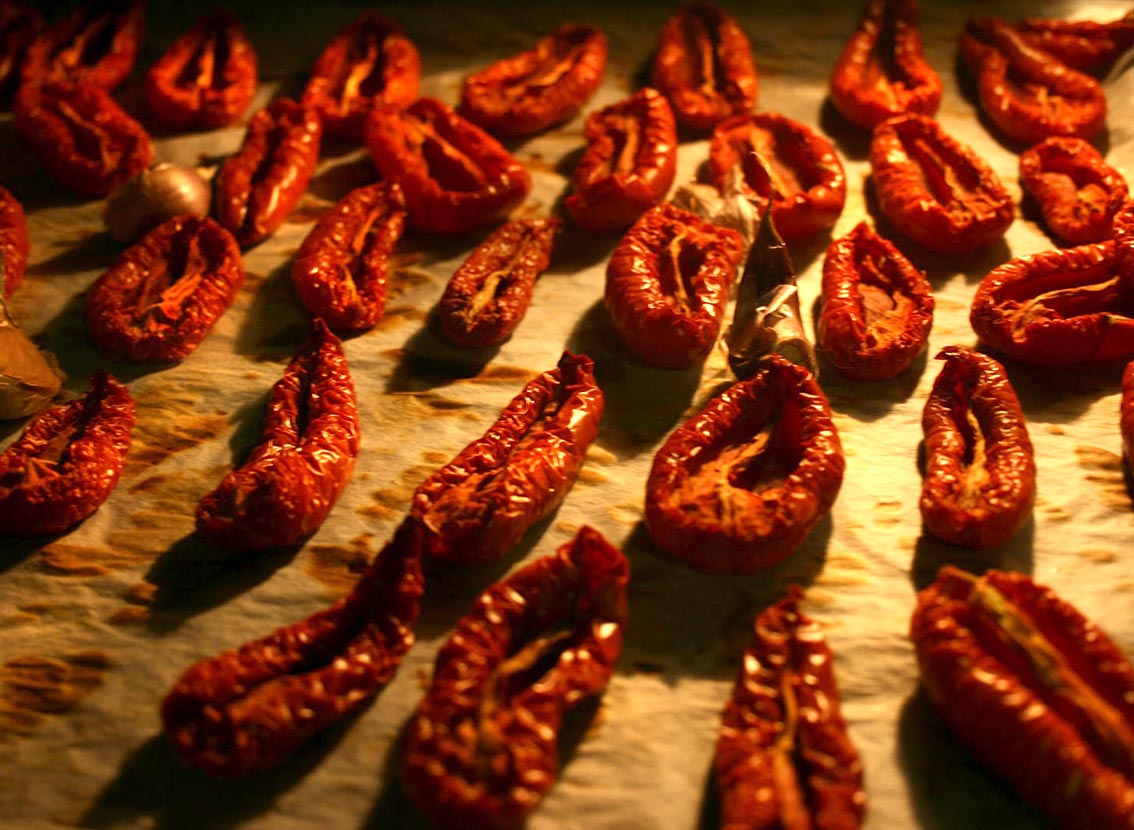 Exotic fruits and vegetables are never too much. Especially now – in winter, when our menu is less varied than the one in summer. Therefore, we suggest to taste a kiwano, or a...

A cauliflower&nbsp;is a vegetable which is difficult to ignore. It is adored by some, hated by others - usually because of its smell and a too bitter taste. If you are not ent...