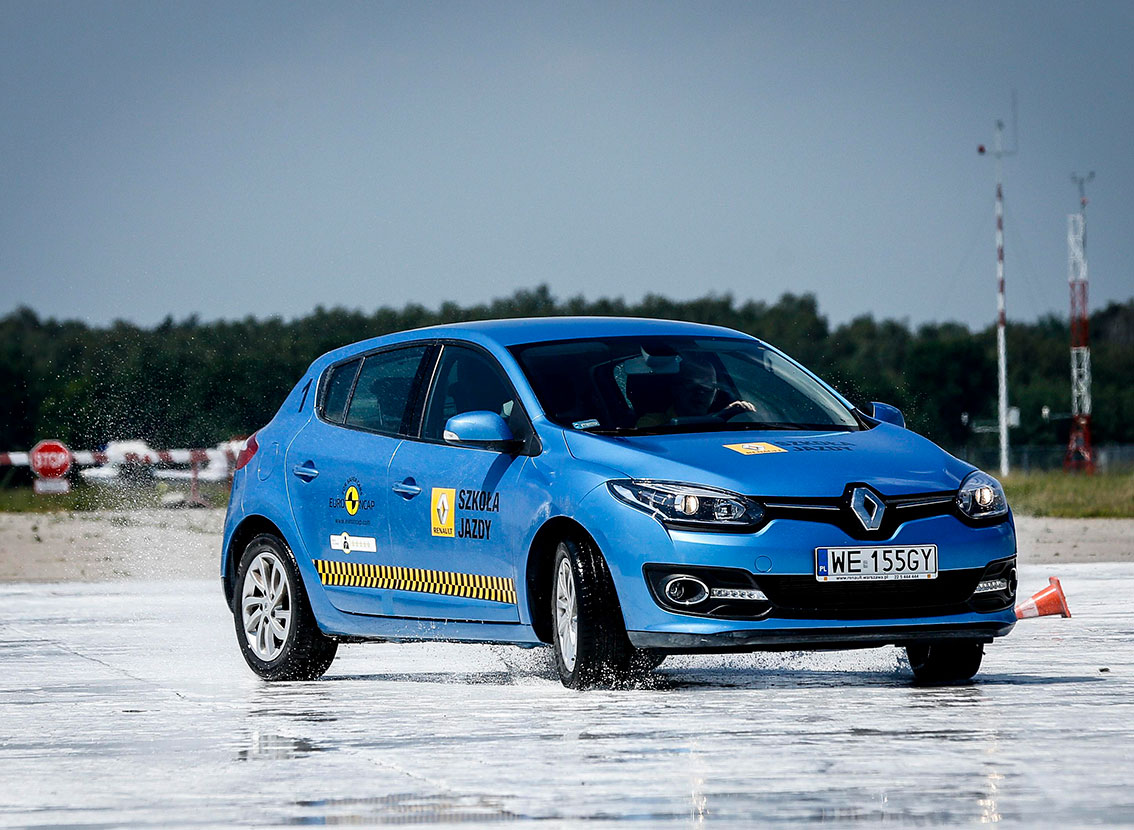 DRIVER LICENSE NOT FOR DRUNKS

Probability of driver accident, in which an alcohol concentration in blood is 0,8 per mille, is as much as 2,7 times higher than in sober driver. Latest proposition of rules change, approved by Parliament, introduces a radical change in regard to drunk drivers. Driving person in un-sober state, could lose a driver license much faster and pay much bigger fees as well, reaching even 10 000 Polish złoty. Currently parliament is deliberating on a bill, which can bring some amendments. Coaches of Renault Driving School remind about danger of driving under an influence of alcohol.

Law tightening
Proposition of law change, approved by parliament, more radically comment on drunk drivers and are calling for severe punishment of driving under influence of alcohol. Besides taking driver license, un-sober drivers may be threatened with high fine and compensation of victims. Theyll be obligated to pay 5 000 Polish złoty for Victims Assistance Fund. For recidivists, this amount can reach up to 10 000 Polish złoty. Furthermore, person sentenced again for driving un-sober is threatened with a driving life-time ban, and for driver, which driver license was taken in the past, spent two years in prison. Person stopped for driving under an influence of alcohol, must install an alcohol lock in his car, called "alcolock". If level of alcohol in exhaled air will exceeds 0,2 per mille, driver wont be able to start an engine. Huge risk of dangerous situations on a road, caused by driving a car un-sober, requires a radical movement towards drunk drivers – says Zbigniew Weseli, headmaster of Renault driving school. Senate is currently debating on a bill, which may still call on amendments to current parliament proposition.

See for yourself
Alcohol influence on human mind and capability of perceiving reality, may be experienced on "Alkogogle" during training in Renault Driving School. By putting a special glasses, you can see what effect an alcohol concentration in blood reaching 1,5 per mille have on psychomotor efficiency. This practice shows a sober member of training, what a huge inconvenience is proper driving a vehicle, when youre under an influence of alcohol – said by coaches in Renault Driving School. – Easy tasks, such as parking a car by front and back or finishing a slalom, turns out to be impossible to do – coaches adds. Un-sober people have not just slower time of reaction, but worsened concentration, smaller field of view, unsettled movements coordination and much harder to assess the speed, in which they move. With this we can imagine, how big danger is an un-sober driver.

Holes on the road

Winter is slowly coming to its end. As it usually happens, after winter, with higher temperatures and melting snow, many holes appear on the roads, like mushroom. Driving such...

The autumn will start soon. This season has the highest number of rainy days of all other periods. Drivers than should pay great attention to adjusting their speed and driving...

The holiday season has started, which means that we all will often drive hundreds of kilometres in their cars to go on holidays. During long trips, especially in the summer it...